Can great businessmen qualify as heroes?

rule 1 : Every student is expected to participate to the discussion. You can take the three examples mentioned in the booklets handed out in class (Henry Ford, Steve Jobs and Jeff Bezos) but you can also mention other great businessmen (Bill Gates, Walt Disney...).

rule 2 : You can correct the mistakes (spelling, grammar...) made by other students.

rule 3 : This work will be graded. The more you participate and the more mistakes you correct, the higher your grade will be.

rule 4 : No Smileys which means that you will have to convey your opinions with words and complete sentences.

rule 5 : Use your real names so that everybody can identify you. Be respectful towards others.

rule 7 : Start posting comments as soon as possible. The forum will close on April, 3rd. 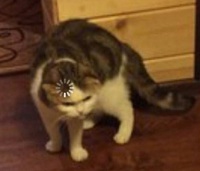 Steve Jobs started a new revolution. The revolution of mass-produced personnal computers like Apple II, or Macintosh in 1984. And also, thanks to him,  we know using computers not like text based command line, but like interactive graphical user interface.
So for me, Steve Jobs can be considered as a hero

Aliaksei, I found one mistake : you wrote "thank to" but I think that it's "thanks to".

I agree with you but that's not the only thing. Great businessmen can qualify as heroes because they are people whom society can look up to as examples to follow or role models to emulate. A striking example is Steve Jobs. His life started at humble beginnings and he was not always the greatest student. He found an other way to use his intelligence properly. So he demonstrated determination and intelligence. By being a model for society, we can say that he was a hero.

Aliaksei, I found a mistake in your second sentence : when you say "we are know using", you might have done a typo by adding a "k", if that so, it should be "we are now using".
Marius, I found two mistakes in your second sentence : there is a "be" missing ("can be qualify"), and you may have forgot the article "a" before "role model". (I'm not quite sure about the last one)

Marius, I do agree with you about the idea that great businessman can be look up to, and inspire other people. But I'm still sceptical on what they bring to the society.
Steve Jobs may have an inspirational journey, but he did not create a cure against the cancer. I mean that his creations did not save peoples live, and, in my opinion, they even make it worst in some ways. We just have to look to our world now, and how it works ; how we interact with each other ; how we do not appreciate efforts anymore ; how we want everything to be immediate, intuitive, easy. This desire of wanting thing to be "easy and intuitive" was used by Steve Jobs through interface, just as you said Aliaksei.
Steve Jobs participated in the metamorphose of our generation into an hyperconnected mass. And in that measurement, he can not be a hero.

(the end was not what i really think, let's be transparent... it just to be a bit dramatic)

Ambrine, This was not a mistake in writing. I consciously wrote "know" to show that we know how to "use/manage computers...", and not "now/rightnow we use computers..."
I hope that you understand me.)

Jeff bezos is the president of amazon, he is currently the richest man in the world with a fortune estimated according to Forbes at 131 billion euros. In my opinion, he cannot be defined as a hero because even if he creates a lot of jobs, he does not always pay his employees well and the working conditions at Amazon are often very hard, the employees are always under pressure. In addition, it is at the heart of many scandals, notably fraud. Indeed amazon does not pay its taxes in many countries of the world. Unlike some billionaires like Bill Gates Jeff Bezos does not make charity, he makes very few donations and he only makes donations when he needs to improve his image. To conclude I think Jeff Bezos is not a hero even if he has all the right to not be one.

you've done a great job so far. Your arguments are very interesting.

Aliaksei, you should have written "We know how to use computers"

Marius, Ambrine was right : you should have put an article before "role model". But because your subject is "they",  you should have written everything in the plural : "they are people whom society can look up to as examples (to follow) or role models to inspire / emulate ("ourselves" est inutile)

Ambrine, Marius was right in the way he used the verb "qualify" (check the definition, it is a deceptive cognate - un faux ami)

Marius and Ambrine, no article before the noun "society"

I want to see more messages, more arguments!
Keep up the good work

Aliaksei, I find what you said very interesting. That's why I would like to add something I thing important. You spoke about Steve Jobs. Generally, businessmen can be considered heroes because they create new services for population (directly or indirectly). Steve Jobs is a good example for that. Thanks to the revolution he started, population have access to many new services. For instance, home delivery is very important in the situation we live today and it's thanks to new technologies that this service is possible today.

Ambrine, I understand what you say. It's true that our generation is an hyperconnected mass. It’s true that technology, like everything, has his limits. But I think that without new technologies, advances in medicine would be slower, or even impossible. Indeed, I think that new technologies support advances in medicine. Air Liquide is a worldwide French industrial group created by Paul Delorme. Against COVID-19, Air Liquide will produce lots of ventilators for hospitals. Thanks to technology, medicine works miracles. So businessmen can qualify as heroes: indirectly, they save many lives.

Steve Jobs is a hero. Indeed, he has created millions of jobs with Apple. Besides, he is a model because he started from nothing. He fought for his goal without never give up. Even when he was sick, his doctor said that he had only a few months left to live but he fought for his live. His determination is inspirational. Finally, we just can be impress in front of what he built thanks to his knowledge. He has changed the world with his technology.

Ambrine, I disagree with you about Steeve Jobs. I don't identify him as a man who just have invented computers and smartphones. We should watch farther to see and accept that he did something really strong in consequences with his friend Bill Gates. Steve Jobs was not as comfortable with technology as his friend but he was a visionary. Sometimes, he didn't know how to produce the technology which can allow us to do something but he was the head of the process. The human is an animal without limits : he always wants to be smarter than his friend. And I think that Steve Jobs and Bill Gates gave more visibility and more room to a new field which is essential awadays : the technology. On the one hand, we can say that Steve Jobs and Bill Gates aren't heroes because they "just" invented new technologies. But on the other hand and it's my opinion, we can qualify them as heroes insofar as they push other brains to surpass them and also invent new vital technologies in the field of medicine for exemple. I qualify them as heroes insofar as they inspired other heroes.

I'm Jules but all usernames I tested were used, so I opt for a nickname.

I also disagree with you Etienne : Jeff Bezos is a hero in a certain way.
You said that he's not a hero because his employees are underpaid and the company make pressure on them, nevertheless Amazon so obviousy Jeff Bezos, offers a job to them. Some of them don't have any qualification and most of companies or stores search certified and qualified people. If Amazon didn't hire them, they may don't have any job currently. And in my opinion, hard conditions of work are better than having no job and no income, and if the employees don't like their working conditions, they can resign.
Furthermore you said that Jeff Bezos makes just few donations but he's not obliged to give a part of his fortune to anybody. He chooses to give money for causes dear to him and some of his critics (like you) have the cheek to denounce his "selfishness". Moreover he made a lot of donations : he just gave 10 billions dollars to scientists to find how to be more eco-friendly all in respecting the mondial requirement. This amount represents a tenth of his total fortune. And it's just one of his many donations ! He also gaves for the museum of History and Industry in Seattle or recently when he financed researches for a coronavirus COVID-19 vaccine.
I feel compelled to remind you that Jeff Bezos is the richer of the world but he started from nothing. Nobody gave him a miraclous solution to become rich. He got an idea and he make everything to reach his goal. He worked hard and work always pays. He certainly have motivated more than one.
You blame him but I can not believe you if you tell me that you never bought something on Amazon. Amazon is not the most eco-friendy company, it's not the benevolent company with its employees but every companies act like that and Jeff Bezos has just adapted his company to the current world of industry.
Amazon has been sue many times but Justice never recognize Amazon as guilty. It means that, in the eyes of the law, Amazon is innocent. Amazon is very often accused but this is not a bad company.
In view of the situation Jeff Bezos is, in my opinion, a hero of our society.

I agree with you Jules, Jeff Bezos is a scientist who wants to create his own future. He is always sure of his decision and always looking for the best future. The only thing he wants is the best for his customers. He inspires his followers with his strong confidence and his intelligence and resourcefulness. Jeff Bezos has no fear of his opponents, he is brave and confident. For him, “what we need to do is always lean into the future”, he is a visional. He thinks it is a waste of time to complain because most of the time we can start flixing the problem before we are done complaining. Jeff Bezos is always putting the customers first. He has always been smart, and he has always been anxious to do well. Jeff Bezos can’t help trying to be the best at simple things.
He is a great model to look to when starting something new. He was smart enough to use the resources he had to make the most out of them.
To conclude, Jeff Bezos can be qualified as an hero because he never worries about the now, he worries about his customers and the perfect future.

I agree with you Julie but I have a question. I didn't understand the last sentence : "he never worries about the now". Would you say "about the present" ?